A new paper (together with Margareta Dackehag and Martin Rode) is now forthcoming in the EJPE: "Are OECD policy recommendations for public sector reform biased against welfare states? Evidence from a new database". The paper introduces a database that summarizes the policy advice in the OECD publication Economic Surveys. We show that the policy advice given in these surveys can be summarized as a kind of 'Washington Consensus' for welfare states, and that the interest in different types of reforms have varied over time:

We quantifiy the perceived reform need and examine its correlates, which led to an interesting discovery: The reform need according to the OECD is highly correlated with the Fraser Institute's Economic freedom index. 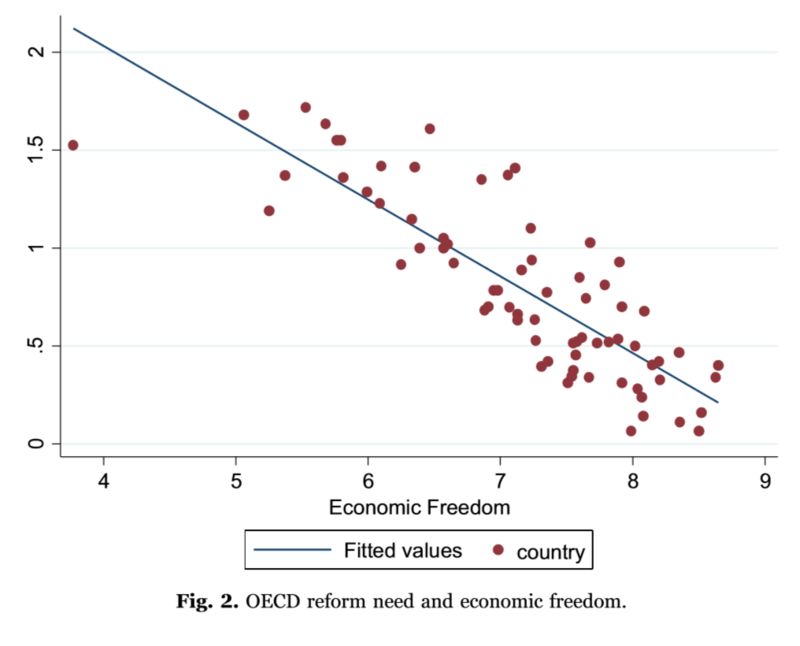 We also examine if perceived reform need predicts subsequent policychanges. Using the Comparative Welfare State Entitlement dataset, we find some evidence that a high reform need is followed by lower welfare state entitlements in countries with a right-wing government, and higher entitlements in countries with a left-wing governments - but these results are not causal, ie these changes may well have ocurred regardless of what OECD recommends.
The database is available here.
Reforms